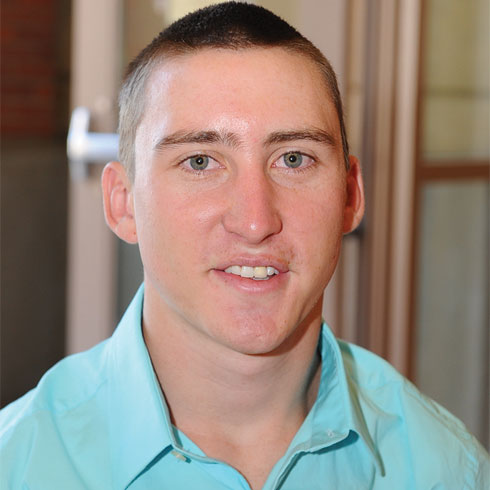 Tyler started playing football at the age of eight and was the starting quarterback at Independence High School since his freshman year. He also played basketball and was on the wrestling and baseball teams. His free time was spent water skiing, wake boarding, and snow skiing. Tyler played the best football game of his life on Friday September 3 to start off his junior season, but two days later, while riding his ATV at Oceano Dunes State Park he took a 30 foot fall down a sand dune suffering a T4 complete spinal cord injury and paraplegia. Tyler turned his focus towards getting better and was able to attend Project Walk where he met Betsy and Mike Thomas who encouraged him to apply for a Swim With Mike Scholarship. Tyler graduated a semester early and focused on college applications, learning to live independently and in September of 2012 became the first Swim With Mike scholarship recipient at Boise State University, a school that had been recruiting him at the time of his accident.