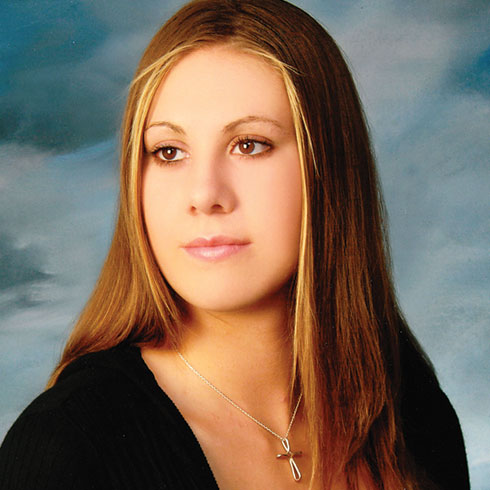 Therese, an outstanding high school basketball player, earned a scholarship to play at the University of Idaho. She played one year earning Western Athletic Conference All Academic Team honors but when her coach left she transferred to Vanguard University. On September 20, 2008 at a pre-season team gathering at the beach Therese, an accomplished surfer, dove into a wave as she had done thousands of times before. This time her head hit a sandbar and broke her neck resulting in quadriplegia at the C5 level. After moving home to San Diego where she attended community college part time while working hard at rehabilitation at Project Walk and with a personal trainer, she returned to school full time at John Paul the Great. Therese is majoring in media communications and new evangelization and teaches adaptive self-defense clinics with the Jing Shen Kuoshu program.