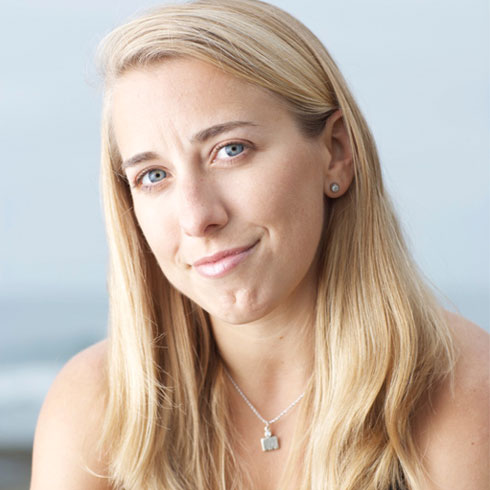 Sarah is an active amputee athlete who has participated in six marathons. Her athleticism earned her a spot on the 1992 U.S. Paralympic team. Sarah graduated from George Washington University in 1997, and the USC Annenberg School of Communications with the masters in broadcast journalism in 2000. After graduation, she became an on-camera reporter and producer for “U.S. Olympic Gold” on NBC. She currently works at Ossur. In October 2005 she became the first female amputee to finish the famous Ironman triathlon. She currently holds the world records for above-the-knee amputees in the 100-, 200-, and 400-meter dashes.

Sarah Reinertsen is one of the most powerful and inspirational young women of her generation. Sarah is a magnetic woman with a potent message of strength and perseverance. She has blazed a new trail of opportunity and redefined expectations for others around the world.

Missing her leg above the knee since the age of seven Sarah has never let that stop her from pursuing her goals no matter how big. She is a woman of spirit, strength, and determination who has always overcome any challenge to meet her goal.

Sarah became the first amputee to complete the Hawaii Ironman Championships in October of 2008.

Sarah is woman defined buy courage. She is guided by a simple but powerful mantra: Don’t ever give up on what you believe in. Not once. Not ever!