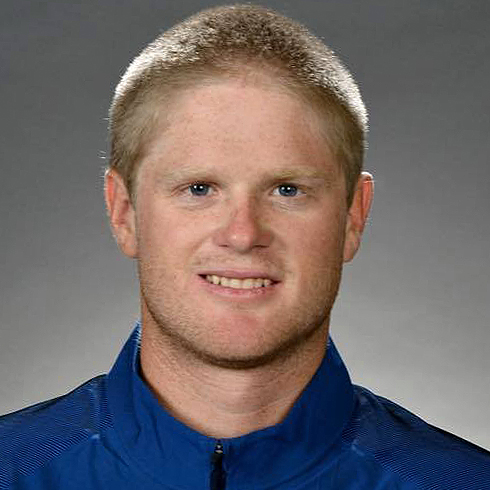 Ryan has a great love for the outdoors and being active and combined all this by competing in sailing, surfing, swimming football, basketball, and soccer while also enjoying mountain bike riding, snowboarding and skateboarding. His high school team won the CIF Div. IV Championship in 2009 and he raced sailboats for the Mission Bay Yacht Club. After graduating from Mission Bay High School in 2011 Ryan entered UC Santa Barbara. A couple of weeks into his freshman year Ryan broke his neck at the C-6 level as he slipped on a boat dock and clipped his head on the end of a dock. He was partially paralyzed from the neck down.  The rehabilitation process has taken a long time but he slowly recovered some movement in his legs enabling him to stand and walk with support.  Ryan returned to UC Santa Barbara where he continues his studies as an engineering major. With the Swim with Mike scholarship, Ryan was able to return to UCSB and continue his studies as well as his athletic career. Using adaptive equipment, Ryan continues to exercise, surf, ski, swim and has returned to competitive sailing, even making the United States National Sailing Team as a skipper. Ryan represented the United States in sailing, taking 5th at the 2016 Paralympic Games in Rio de Janeiro, Brazil.  Ryan is currently a member of the UCSB Triathlon Team and has also found a new love for wheelchair rugby.