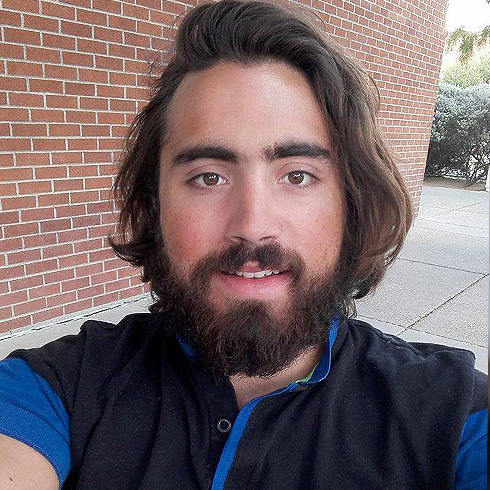 Ricky started riding motocross when he was 6 years old and become an off-road racer later as he gained skills at the desert around Mexico City where he was born. In 2011 at the age of 14, he was involved in a motocross accident during a casual practice day on a race track close to his hometown. He lost control of his motorcycle in a jump and landed on his back, which led to a spinal cord injury at the T5 level and became paralyzed from the chest down. He was able to go to Project Walk in San Diego to get involved in physical therapy. Later he worked with a Mexican therapist who encouraged him to get involved with adaptive sports. He started with off-road handcycling and downhill races in his hometown and progressed to road handcycling races and para-triathlons. An excellent student, Ricky always had college in his plans and his sports skills caught the eye of the University of Arizona’s Adaptive Sports Coaches. He was able to obtain a full scholarship for handcycling and competes in a program that has seen many Swim With Mike scholarship recipients.