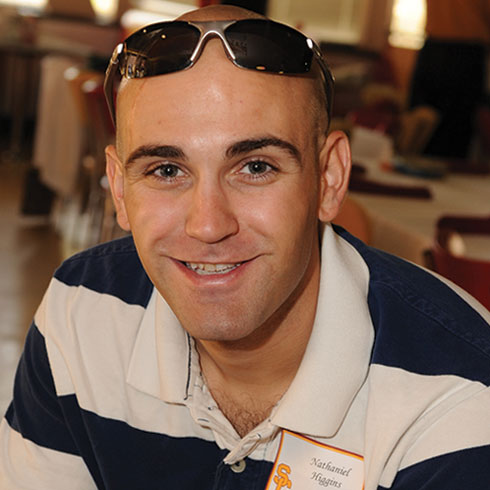 Nate served as captain of his high school cross country and wrestling teams while also competing in track, swimming and soccer. On July 7, 2004 he fell off the roof while working as a painter. The accident resulted in a T-4 complete spinal cord injury as well as a serious head injury. He attended Washington State University at Tri-Cities and Gonzaga University where he was the vice-president of his fraternity pledge class and served on the presidential council’s athletics committee. After medical issues challenged him again he decided to get back in the pool with the local masters swim team. This led to National and International swimming competitions the 2008 Paralympic Trials and the ParaPanAmerican Games as well as multiple open water races where he raised funds for Swim With Mike. Nate graduated from Gonzaga in May of 2009 with three business concentrations and a minor. He is working on a masters degree in Human Resources with a concentration in Labor Relations while working full time at CH2M Hill. He hopes to follow up with an MBA.