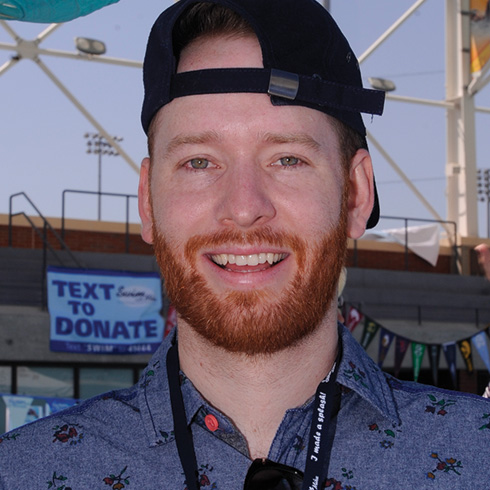 Mike and his twin brother Tom grew up in Culver City playing soccer, baseball and football but it was on the basketball court where he found his home and excelled. Michael Jordan was his role model as much for his success in the classroom as for his incredible skill and work ethic. Mike’s goal was to make the varsity team, go on to play college basketball on a scholarship and play in the NBA. An accident during a basketball game during his sophomore year in high school left him paralyzed and he is classified as a C7 to T3 Walking Para/Quadriplegic. With intense physical therapy and training, he has made great strides and hopes to one day be fully functional and back on the court. Mike majored in Sociology with a minor in Recording and after graduation from USC in 2009 is pursuing a career in the Music Industry as a Music Producer where he has already been successful. “Swim With Mike has helped me keep my ‘Cant Stop Me’ attitude. The only person in the world that can stop me is myself.”