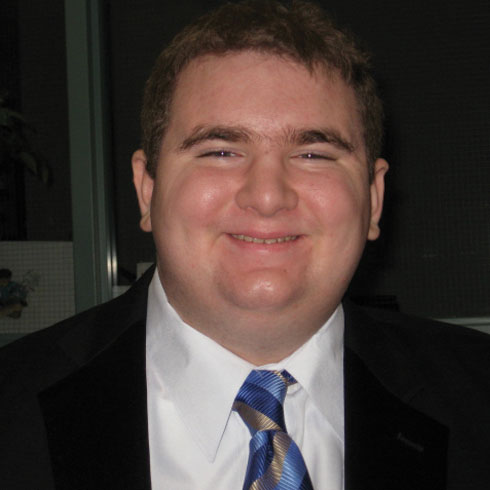 Mike was born in New York, New York and grew up to play baseball and basketball. He earned a Black Belt in Karate in June of 2004 and was a member of the Ramapo Swim Team. One week before starting the ninth grade he dove into the family pool, hitting his head and breaking his neck leaving him a C-4 tetraplegic. His father saw him floating facedown in the pool, unable to move or to yell for help, jumped in and saved his life.  Airlifted by helicopter to the trauma center he ultimately spent 5 months at the Helen Hayes Hospital rehabilitating. He went on to graduate from Spring Valley High School in June of 2008 as an AP Scholar with distinction and a member of the National Honor Society. After the accident, his high school would not permit him to participate in gym class, although they gave him credits for it. The primary reason that Mike decided to attend the University of Illinois is that the University has a long history of providing the disabled with a chance to participate in adapted sports and learn to live independently.  He lives in a dorm with other disabled students who share the responsibilities of hiring, training and arranging the schedules of their caregivers. Mike is majoring in History and Secondary Education and is considering a career in Law.