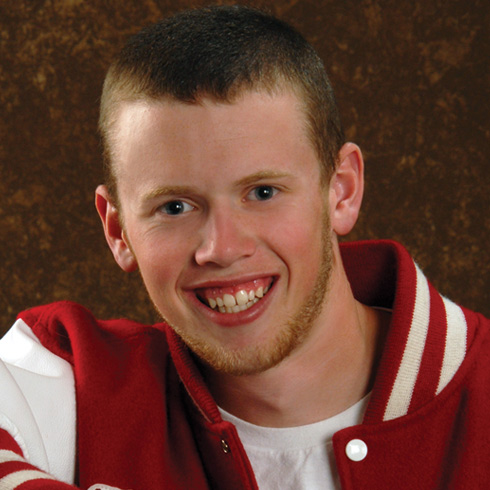 Matt Howard grew up in Stanwood, Washington and was a very active child. He started racing bicycles at the age of ten and went on to compete for Stanwood High School in track, cross country and wrestling. On November 27, 2006, of his sophomore year, a tree fell on Matt during a storm, breaking his back and resulting in paralysis below at the T-10 level.  After his accident, he played wheelchair rugby for about six months and in February 2008 he met with Kevin Hansen of World Wheelchair Sports and joined his wheelchair racing team. By his junior year, he was competing in the 800, 1600 and 3200-meter distances at the state level and participated in an exhibition race at the 2008 Olympic Team Trials–Track and Field in Eugene, Oregon. In October of 2008, he competed in the Portland Marathon and will continue his training in hopes of a spot on the 2012 Paralympics Team. Matt will study Human Physiology at the University of Oregon and plans to participate in the newly formed disabled club sports program.