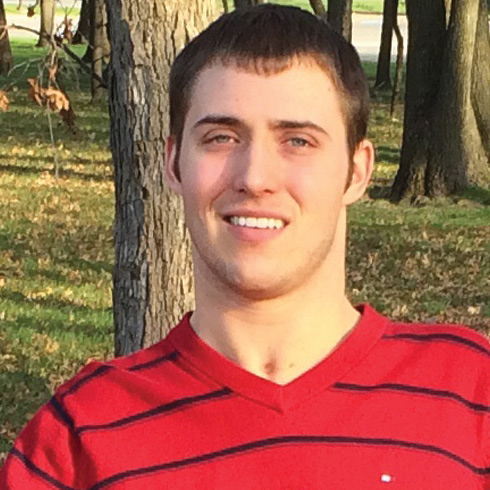 Matt played football, soccer, baseball, and basketball in middle school and concentrated on football and weightlifting at Lake Central High School in St. John Indiana. His future goals were to be of service to others and felt that a career in the medical field would accomplish this. He did well on his SATs and had been accepted into Butler University’s physician assistant program and his senior football season had started off well. A midseason football practice session started off as usual. After stretching and calisthenics, they started a two on two drills. Matt was on defense and tackled the running back like he had done hundreds of times before. After the whistle blew the three other players piled off of him and he tried to get up but couldn’t move. At the hospital, it was determined that he had dislocated the C-4 and C-5 vertebrae in his neck and he was flown to Northwestern University Hospital where he had spinal surgery. He realized that a career in medicine may not be feasible so he considered law as his cognitive abilities would be more important than the physical. Matt quickly became an advocate for himself and others with physical disabilities and hopes to use his law degree to continue helping others.