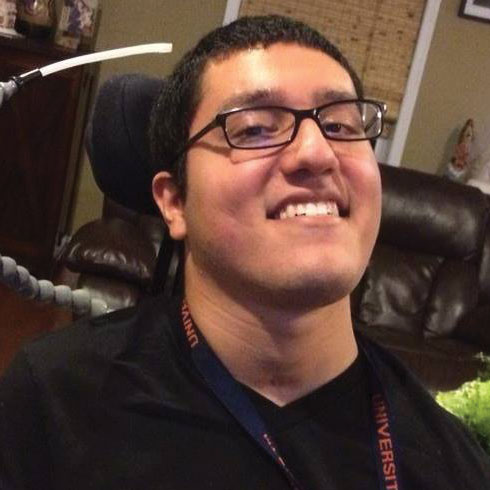 Luis was 12 years old when he was hit by a police cruiser while crossing the street in front of his house. He played football with the Damascus Cougars and had dreams of playing professional ball when he grew up. His accident resulted in paralysis and destroyed his chances of playing professionally but it increased his interest in watching and studying football as well as basketball and baseball. He played bocce ball and competed on the track team for Unified Sports and served as the Manager/Statistician for his high school Basketball and Football Teams. Luis also served as a sports writer for Allied Softball, Soccer, Swimming and Basketball. Sports have motivated him to work hard and keep moving forward which earned him admission to the University of Illinois at Urbana-Champaign where he is majoring in engineering. Luis will do everything possible to succeed at whatever he does.