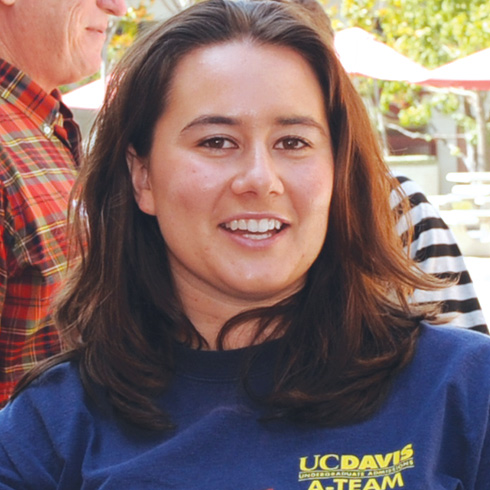 Lori played basketball, volleyball, soccer, competed in gymnastics and loved dance. She played softball for 13 years and in High School served as captain of the volleyball and softball teams, winning a CIF Softball Championship in her junior year. After graduation she matriculated at UC Davis, majoring in Animal Science with the goal, set in kindergarten of becoming a veterinarian. She played intramural sports and gained a newfound passion for backpacking. After her sophomore year, Lori took a 30-mile backpacking trip through Yosemite and climbed Half Dome. Forty-eight hours later on July 16, 2008, Lori had nagging muscle pain and went to the hospital. After three hours of emergency spinal surgery, she awoke to find that she had developed a rare spinal arterial venous malformation that compressed her spinal cord 80-90 percent and left her paralyzed at the T-5 T-7 level. After more than nine months of intense rehabilitation at Sharp Hospital and Project Walk, she is able to travel short distances using a walker. Lori is back in the game and continues her path of becoming a veterinarian as she studies Veterinary Medicine at UC Davis.