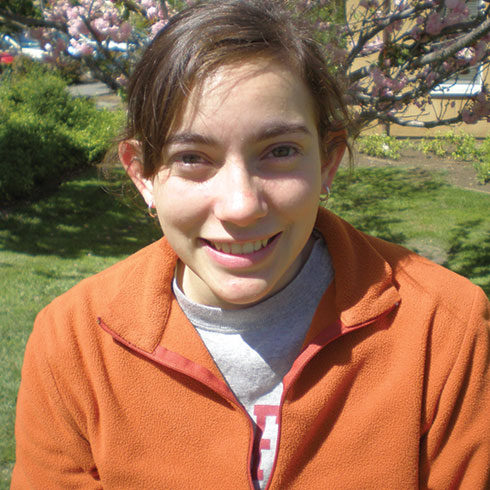 Lena played soccer, ran cross country and played varsity basketball and softball at West High School in Salt Lake City. She was the most valuable player on the basketball team. Three days into her senior year in high school a head-on collision with a semi truck resulted in the death of her mother Laraine Wilkins and Lena sustained a spinal cord injury and subsequent T-8 level paraplegia. Although she was unable to play basketball in her senior year she was able to serve as an honorary coach and help the team through the season. Lena graduated from high school with a GED and attended the University of Utah for her freshman and sophomore years. She transferred to Stanford University in the fall of 2009 and served as the manager for the Stanford Women’s Basketball Team. Through Head Basketball Coach Tara VanDeveer Lena met John Kosty, coach of the Stanford Men’s Basketball Team who recommended that she apply for a scholarship from Swim With Mike and the Physically Challenged Athletes Scholarship Fund. Lena attended the 2010 Swim With Mike–Stanford, organized by Molly Fausone and was able to meet Ron Orr and fellow scholarship recipients Beth Kolbe (Stanford) and Steve Dalton (Dominican University). Lena still loves to compete in sports. She skis, kayaks, plays wheelchair basketball and has competed in hand-cycling races including several marathons. Her future educational goals involve something in the medical field. She feels that her unique perspective based on her own experiences will allow her to connect with patients and employees in the medical field. Lena is the fourth Swim With Mike scholarship recipient to attend Stanford University.