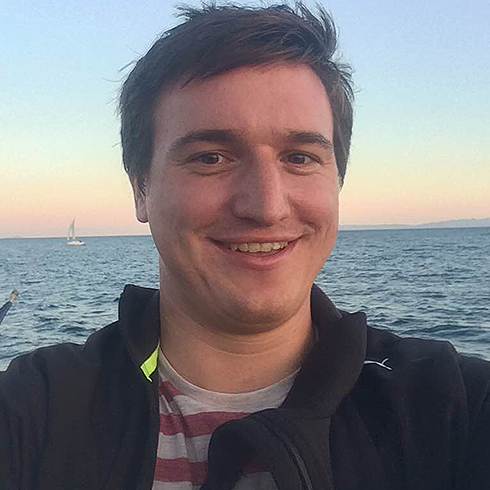 Kevin was first introduced to sailing as a boy scout on Catalina Island. Only minutes after taking the tiller he capsized and was terrified. The scout leader encouraged him to right the boat and finish sailing the course. He did so successfully and was hooked on the sport for life. Kevin thrived at Cal State Channel Islands as a student, student body president and captain of the sailing team. After college Kevin continued racing sailboats, took a job at a tech company, and developed a passion for using business tools to solve social problems. During a family camping trip in October of 2014, Kevin was running on the beach in Santa Barbara and tripped resulting in a C5/6 spinal cord injury. After four months in the hospital Kevin emerged to a very different life. He was no longer able to sail on the same boats, he was unable to effectively fulfill the requirements of his job, and he had to move back in with his parents. But just like the 11 year old boy in the sailboat, Kevin has taken on the challenge of building a software platform to make agriculture cheaper and higher yielding. He has resumed sailing and is pursuing his MBA.