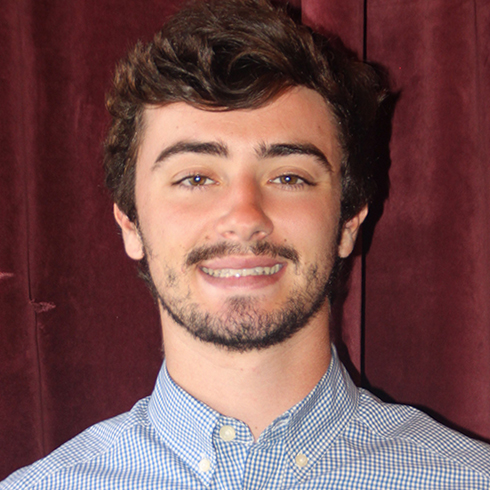 Up until the age of 15, Josh filled his days with sports, from soccer to baseball, basketball, flag football, lacrosse, and golf. He also enjoyed snowboarding. As a high school freshman he made the varsity golf team, competed in CIF championships and was excelling academically. The following year an ache developed in his right hip that wouldn’t go away. Orthopedic oncologists did a biopsy and x-rays showed several masses in his right hip and femur. After multiple mis-diagnoses Josh found out that he had two very rare lymphatic diseases: Lymphangiomatosis and Gorham’s Disease which is also referred to as the “vanishing bone disease”. In the spring of his junior year, Josh woke in excruciating pain having broken his femur in his sleep. His grades were outstanding and the CIF granted a waiver so he could play golf using a cart. But next came a seizure from a benign brain tumor and another risky surgery. Through all of this Josh kept focused on his studies and his efforts resulted in admission to USC where he is studying Mechanical Engineering.