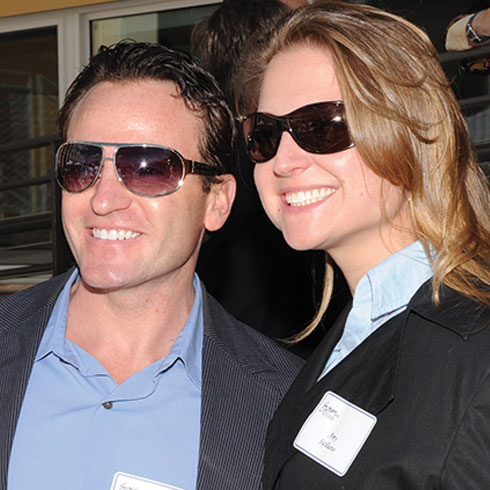 In high school, John competed in football, soccer, baseball, and basketball. After being struck by a drunk driver, he suffered the amputation of his right leg. Despite his injury, John competed in the 1996 Paralympic Games where he set the American record in the 200-meter dash. Graduating from the USC School of Theatre with his MFA, John has written an autobiographical play, “Siciliano,” based on his life which ran in NYC and was brought back to USC’s Bing Theater for the taping of Fox’s show, “Courage.” He has recently been seen in Showtime’s new series, “Sleeper Cell” and on the hit show “Scrubs.” Previous credits include: Over There, ER, LAX, Days of Our Lives and as Pokey the Pirate in Spongebob Squarepants, The movie. John also travels the country speaking and teaching our new amputee soldiers how to run and be active with their Prosthetic limbs.