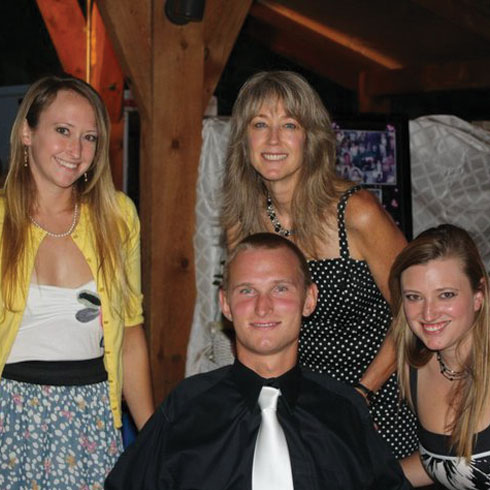 Before a tragic accident during his senior year in High School John was an incredibly active young man. He played basketball, baseball, volleyball, golf, and swam for two different teams year round. John was also the captain of the swim team during his junior year and went to state competitions multiple times. He snowboarded in the winter, skateboarded in the summer and in his spare time restored cars. On a snow day in 2005 John and his friends went to a hill on the backside of the school to snowboard. A routine back flip off a kicker went wrong and he landed on his head resulting in a C-4 C-5 spinal cord injury which left him a quadriplegic. He went on to graduate with his Maur Hill Prep High School class in the spring of 2006. Since 2007 John has been working with the Spinal Cord Injury Recovery Project (SCIRP) in Boulder. After graduation with a degree in Marketing John hopes to earn a Masters Degree in Business Administration, live independently and perhaps market snowboards. John is the third Swim With Mike scholarship recipient to attend Colorado State University.