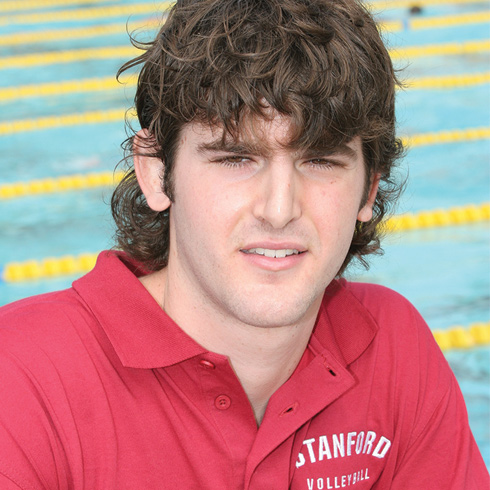 Joe majored in American Studies at Stanford with a focus on Children and the Law. In 2008, he traveled east for the Stanford in Washington Program. There, he interned with the Democratic National Committee, working on the Obama Presidential Campaign. He also worked on the transition team, all while taking a full load of courses in the evening. The next term, he participated in the Stanford in Berlin program. He also traveled to Istanbul for a short program on emerging democracies in Eastern Europe. After graduation in 2009, Joe spent 13 months traveling. Sleeping in his van most nights, he visited 45 states and four countries in North and South America. He now plans to move to Washington D.C. to pursue a career. Joe was a standout player on his high school basketball and volleyball teams. He had already signed a letter of intent to play volleyball at Stanford when he was injured in a championship basketball game resulting in a stroke and subsequent hemiparalysis. Bob Spare, a Stanford alumnus and Mike Nyeholt’s former boss and a longtime supporter of Swim With Mike, encouraged Joe to apply for a Swim With Mike scholarship. Stanford Men’s Volleyball Coach John Kosty kept his commitment to providing Joe with a partial scholarship, and Coach Kosty and Joe organized Swim With Mike at Stanford for three years, raising more than $15,000. Joe plans on staying involved with Swim With Mike for a lifetime.