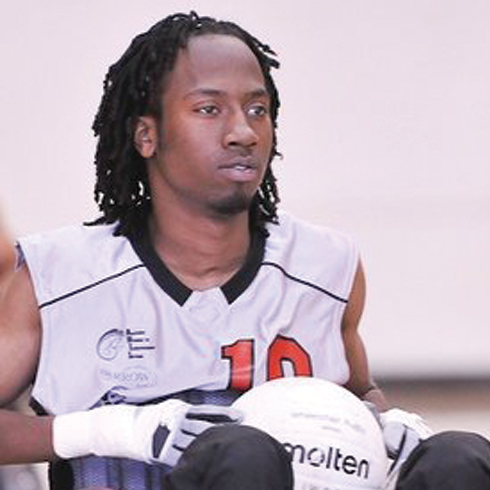 Joe, a four-year honor student played wide receiver on the Hamilton High School Football team and also wrestled and ran the sprint events for the track team. On November 21, 2005, he was in the middle of football practice when he ran to the side of the field to make a tackle and the next thing he knew he was on the ground. He had suffered a C6 Spinal Cord Injury resulting in lower extremity paralysis. After months of rehab, he graduated with his class and is attending Arizona State University majoring in Industrial Engineering. Joe is a member of the National Honors Society, National Society of Black Engineers and a member of the Kappa League Youth Guide Right Program. He was a head mentor in the Leaders in Training Program that was hosted by the City of Chandler. In his spare time, Joe participates in wheelchair rugby and hopes to try out for the USA National Wheelchair Rugby Team. Joe’s father Todd is an engineer and his brother is studying aerospace engineering. Joe plans to seek career opportunities in industrial engineering and hopes one day to work for a globally known company. Joe is interested in designing products that support and provide solutions for people living with spinal cord injuries. He is working to organize a Swim With Mike fundraiser on the Arizona State campus.