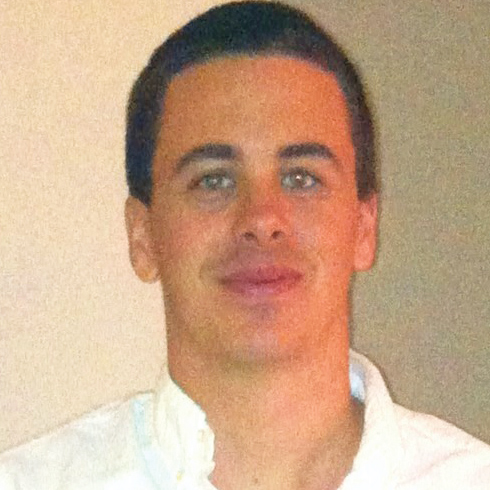 From the age of two when he began skiing, James’ life was all about sports, scouting, school and his dreams of flying fighter jets for the Navy. He grew up snow and water skiing, played soccer, high school football and the sport that he was the most passionate about—lacrosse. He was in the Junior ROTC and achieved Eagle Scout status. The high school valedictorian with a 4.64 GPA enrolled at Virginia Tech, where he enrolled in the Naval ROTC and Corps of Cadets programs and majored in aerospace engineering. His plans were interrupted on Saturday, October 2, 2010, when an SUV he was riding in rolled over an embankment and landed on its roof resulting in a complete spinal cord injury at the T10 level. Ten months later James returned to Virginia Tech and changed his major to mechanical engineering. At Baltimore’s Kennedy Krieger Institute he met Mike Fritchner who suggested that he apply for a SWM scholarship. James also attended Project Walk in San Diego. He plays wheelchair basketball for the Charlottesville Cardinals and is a member of the Phi Gamma Delta fraternity.