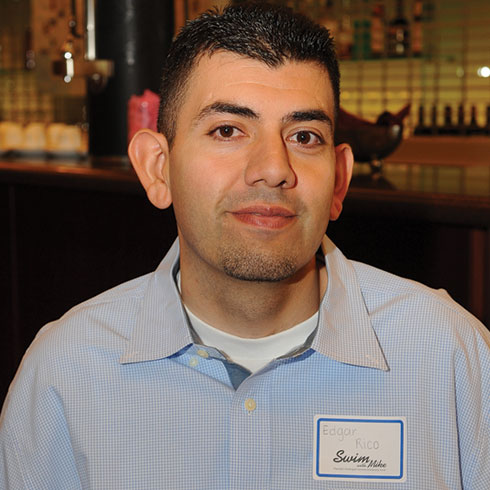 Edgar played baseball and soccer throughout his life and after graduating from Cal State Los Angeles with a degree in sociology he continued his active life playing softball with his co-workers. Everything changed when at the age of twenty-four he was involved in an auto accident that resulted in paralysis at the C5-C6 level. His previous career as an automobile mechanic was no longer possible but after hearing about Swim With Mike at the Los Angeles Abilities Expo he applied for a scholarship, was admitted to USC and is pursuing a Masters Degree in Social Work. Edgar remains physically active and works out several times a week.