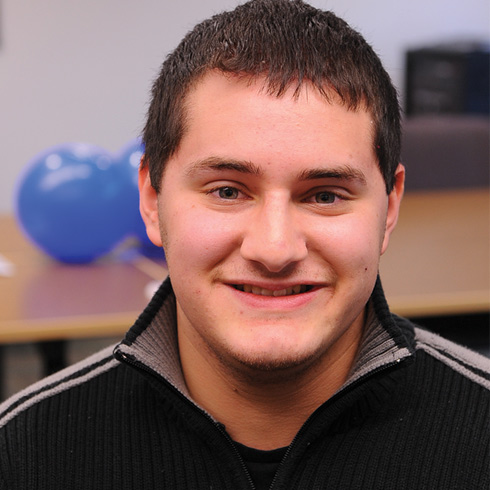 Dylan Levine says that “extremes have always characterized and molded my world”. At the age of three, he was diagnosed with a rare bone disease called fibrous dysplasia.  Since that time he has had more than thirty surgeries on his legs. When he was younger he could run and stand for sports like the other kids. As time went on he adapted using his wheelchair to play alongside able-bodied and challenged athletes.  Along with the many surgeries, Dylan had to deal with chronic pain for most of his life. While he certainly did not have the average childhood or teens he feels that dealing with the experiences have made him a person who stays positive and doesn’t let the little things negatively affect him. Since he was twelve Dylan has played wheelchair tennis and basketball at an elite level. He had had the honor of representing the United States multiple times and has traveled the world. Dylan’s love for sports has inspired him to study sports marketing at the business school of the University of Arizona. Dylan plans on continuing to play wheelchair sports in college. Dylan admires the ideals of Swim With Mike and hopes to bring credit to the program.