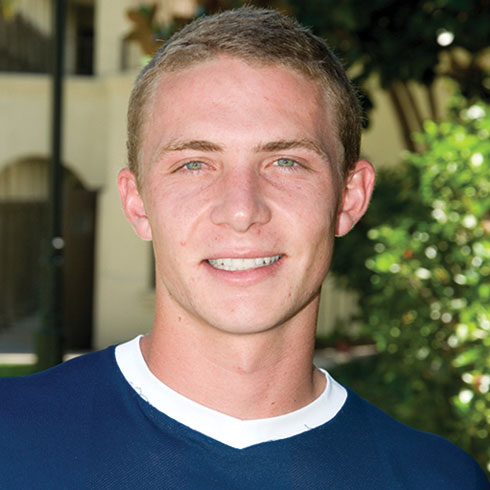 In August 2010 Drew was sitting on top of the world. He was a star soccer player at the University of San Diego and was about to start his last semester and senior season. An economics major, Drew had a 3.6 gpa and was studying for the LSAT but still found time to work part time and surf as much as he could. Drew volunteered 10-15 hours a week in a program called World Renegade, training young athletes, and traveled to Mammoth Mountain for some pre season high altitude training. On the way home, the SUV swerved out of control, rolled onto it’s roof and burst into flames. Three persons lost their lives in the accident and Drew was miraculously pulled from the flames by an off duty Sheriff who witnessed the accident. After three months in the hospital, 17 surgeries and a below the knee amputation Drew returned to school to complete his final semester. He was admitted to Pepperdine Law school and plans to become extensively involved in Swim With Mike by playing an active role in helping young athletes achieve their new goals in life.