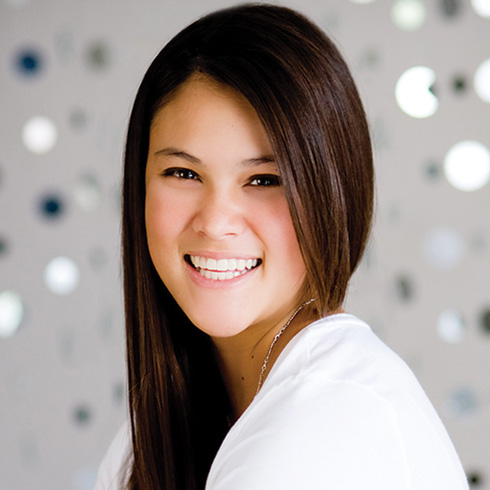 Dana, born and raised in San Diego, California and was a very active 10-year-old child.  One day at soccer practice her immune system suddenly attacked her spinal cord instantly leaving her a T-10 paraplegic and changing her life forever. She was later diagnosed with transverse myelitis, a neurological disorder caused by inflammation across both sides of one level, or segment, of the spinal cord. Dana became involved with the San Diego Adaptive Sports Foundation (SDASF) as a teacher and a mentor and worked hard to learn and then excel at tennis and basketball. Adaptive Sports gave her life back to her and she feels an undying gratitude towards those who helped her to once again achieve happiness. She has played tennis with Swim With Mike Board member Mike Thomas and is currently ranked number three in the USA and 23 in singles and 22 in doubles in the world! She competed at the World Team Cups in Cremona, Italy in Nottingham, England and hopes to compete in the ParaPanAmerican games in the future. Dana graduated from the Bishop’s School in San Diego and was admitted to the University of Arizona Honors College with an academic scholarship which will be combined with her scholarship from Swim With Mike. Undeclared as a freshman she is considering business, applied health sciences and perhaps will go on to law school. Dana plans to challenge herself both in athletics and academics throughout college and in the years following.