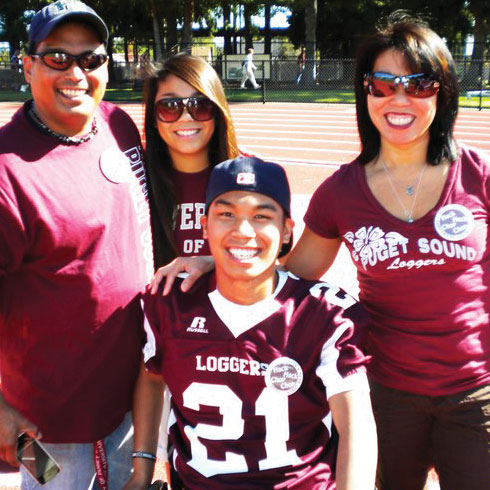 12Corey was born in Hawai’i and grew up in Western Washington. His diminutive size didn’t keep him from playing basketball, football and track and field. He excelled in wrestling and competed in the state tournament three times and was named to the All City and All Conference teams three times as a defensive back in football. He enrolled as a freshman at the University of Hawai’i, Manoa and maintained a 3.9 GPA but after not making the football team he transferred to the University of Puget Sound where he started four games at corner as the smallest player on the field. On a trip back to Oahu for his cousin’s graduation, he went to Lanikai Beach with a couple of buddies from the UPS football team. As he had done hundreds of times before he ran into the water and dove in. This time, Corey’s head hit the bottom of the ocean, shattering his neck vertebra and basically severing his spinal cord resulting in C 5-6 quadriplegia. At UPS Corey is completing his bachelor’s degree in Exercise Science and hopes to pursue a career in teaching and coaching.