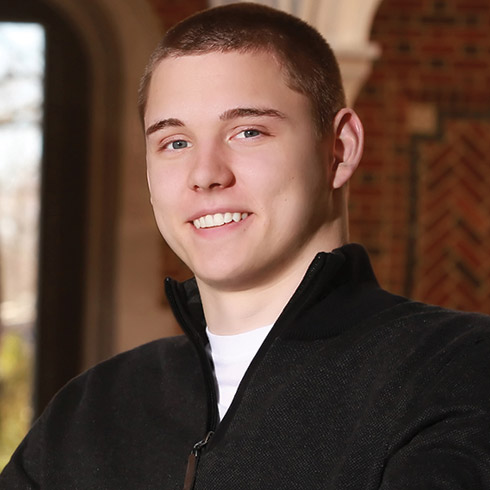 Competitive swimming dominated Cole’s early years though he also played soccer and, coached by his dad, excelled in basketball. In middle school, Cole was introduced to Lacrosse and found his true passion. Plans to play at the NCAA Division 1 level were dashed on August 11, 2011, when Cole and three of his friends spent the summer afternoon at “The Rocks” along the James River, at a spot known for its huge boulders and rushing rapids. When it came time to swim back across the river for lunch, Cole noticed some rocks to his left and, altering his dive path, he dove out far and hard. A sudden impact, audible thud, severe headache and a crunching sound, followed by the inability to grab a breath or move at all, came next. Fortunately, his friend witnessed the impact and resulting paralysis and rescued Cole before the raging rapids carried him downriver to, what would have been, certain death. Months in the hospital and rehabilitation led Cole to transition to a new lease on life. While he can no longer play sports as he had prior to his accident, Cole coaches lacrosse, youth basketball, and wheelchair basketball. Cole is studying at the University of Richmond pursuing a Psychology degree with a neuroscience concentration. Cole hopes to attend medical school and become a neuropsychopharmacologist. Cole and his family started Roll With Cole, a sport-a-thon which raises funds for Swim With Mike.