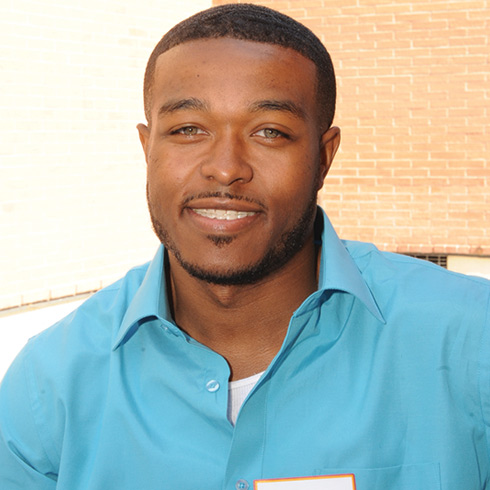 Bryan was born in Tulsa, Oklahoma the oldest child of four. He played football, basketball and ran track in high school. He was the captain of the Edison High School football team and was the leading receiver in his district. He graduated from high school in 2004 and received a parochial scholarship to Graceland University. He went there for a year and a half then transferred to El Camino College then Compton College where he played two seasons of football and received his associate’s degree. Bryan had plans to go on to play football at a four-year college. His plans changed when a horrible auto accident on July 16, 2008, resulted in a spinal cord injury at the T 6-7 level and paralysis. Bryan’s educational goal is to complete transferable courses at CSU Long Beach, complete his bachelor’s degree at CSU Dominquez Hills in Psychology then go on for a master’s degree in business. Bryan is an independent young man. He has no family in California and lives alone in Long Beach.