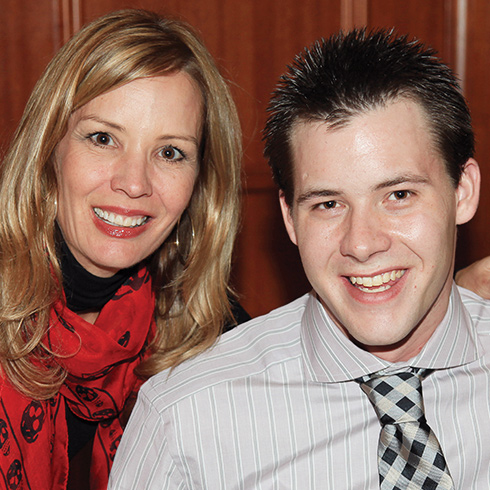 Brandon played baseball, football, and rugby in high school and enjoyed downhill mountain biking, riding motorcycles, and snowboarding. During his junior year, he was pursued by college coaches to play football. His plans changed on April 18, 2004, the night of his Junior Prom. After the Prom, there was an after-party at the school. Brandon and his best friend were competing against each other on a very large 17-foot high inflatable obstacle course. Brandon slipped on the course and the next thing he knew he was in an ambulance and could not feel his extremities. He was diagnosed with a C5-6 spinal cord injury; post-surgery spent two weeks in intensive care and spent over three months Craig Hospital (which specializes in rehabilitation for spinal cord injuries and traumatic brain injuries). He went back to school in the fall and was named Co-Captain of the football team and rugby team, and was also the Senior Homecoming King. Brandon spent his freshman year at Colorado State University in Fort Collins, Colorado then transferred to USC and completed his bachelor’s degree in Political Science in the spring of 2010. Brandon began law school at Western State University in the fall of 2010.