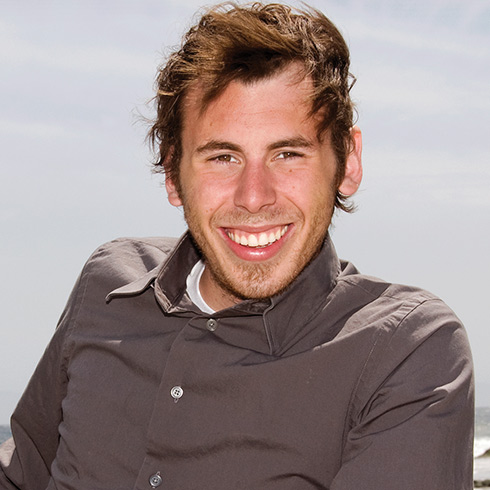 Always loving sports, since the age of 13 Austin Whitney had been playing football and lacrosse in Orange County, California. In high school, he played lacrosse on a US national team in England and his school team won the California Division II state championship his junior year. His life changed suddenly when, right after his high school graduation, a horrific car accident left him a T12-L1 paraplegic. Doctors told him it would be at least six months before he could resume his life, but this was something Austin refused to accept. He enrolled full time at his local community college ten days after being released from the hospital and was able to live independently at UC Santa Barbara four months after that. A year later he transferred to UC Berkeley where he is currently studying for a double major in History and Political Science. He is scheduled to graduate next May, looking to accomplish his dream of not letting the accident interfere with his academic schedule one bit. Without Swim with Mike, finances would have likely slowed Austin down and he is so extremely thankful for this foundation. Outside of school Austin has spoken to tens of thousands of California high school students about the myth of youth immortality, the importance of attitude, and disability advocacy. He loves scuba diving and music festivals and is planning on going to law school after he graduates. He is working with UC Berkeley’s medical research department on an exoskeleton like suit that would allow persons with spinal cord injuries to walk. At graduation, Austin walked across the stage to receive his diploma using the exoskeleton. Austin is worked with the Cal Water Polo team and other students on the first Swim With Mike—Cal Berkeley and is planning on future Swim With Mike events at Cal.