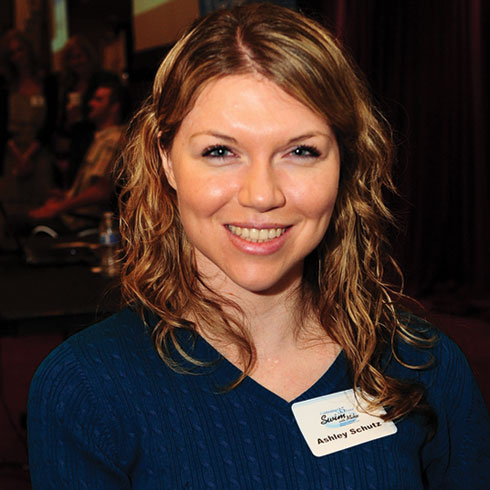 Ashley grew up in Santa Barbara with a love for the water. She competed on her high school swim team and excelled in her studies, earning admission to NYU’s Stern School of Business. She interned at Warner Music Group and KOCH records and spent semesters studying in Florence, Italy and Melbourne, Australia. Soon after graduation, Ashley realized that the corporate world was not for her and she started researching psychology and social work graduate programs. Then, in December of 2008, an automobile accident threw all of those plans into disarray. She sustained a C4-5 spinal cord injury and spent the next four months in the hospital and in-patient rehab, eventually moving to Carlsbad to attend Project Walk. It was there that she discovered that her body was still capable of doing many things that she thought were lost forever and where she met Mike and Betsy Thomas, and Swim With Mike Scholarship Recipients Dani Schirmer, Matt Thomas, Patrick Ivison, and Jennifer Boulahoud. Ashley is thrilled to have the opportunity to pursue her degree through USC’s online program as it allows her to maintain her current team of doctors and therapists.