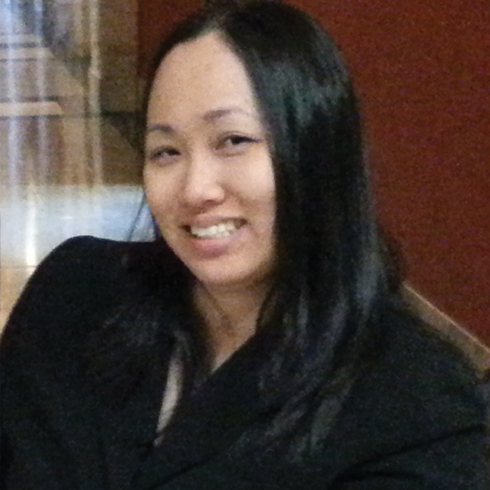 Amy Foster was born in South Korea but moved to Louisville, Kentucky as a child. She describes herself as the typical oldest child: type A, ambitious, incorrigible and fiercely independent. At the age of three, she started tap dancing which led to competitive gymnastics and then competitive cheerleading. The phrase she most associates with stunts and tumbling is, “just throw it.” That attitude has served her well since at the age of sixteen the teenage driver of a car she was riding in lost control and the car flipped into a ditch. She was thrown through the sunroof. The impact immediately burst her cervical vertebra resulting in C-5 Quadriplegia. Amy spent summer vacation in a rehab hospital and in September she was back at Assumption High School graduating with her class. While in high school and at the University of Louisville she spent a lot of time in rehab but while results were promising they didn’t totally transfer to functionality in her daily life. She realized that the world didn’t stop because she couldn’t walk. Not wanting to be left behind, neither would she. Amy threw herself into her academics honing her skills and knowledge in criminology and the law. In 2009 she embraced her disability winning the title Ms. Wheelchair Kentucky. The platform that this honor provided gave Amy the opportunity to work with public officials and speak to a plethora of different audiences on disability-related issues. Amy graduated from the University of Louisville with a Bachelor of Arts in the double major of Psychology and English. Amy started Law School at the University of Maryland in the fall of 2010. Amy relates that “when confronted with such things as SCI, the choices are limited. You can give up and sit in front of a TV until you die. You can spend your life waiting for a “cure.” Or you can live. And that seemed to be the only option for me. It’s not about bravery or strength; it’s about not having any other choice. I decided I’d rather live sitting down than not. I decided to just throw it.”