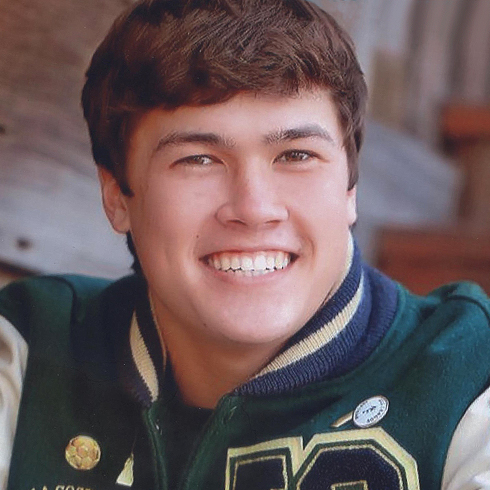 Aaron began his athletics career at the age of four playing soccer in England where his family lived for two years. He has played many sports since but settled in on soccer and lacrosse. After picking up lacrosse in the 8th grade, Aaron made the La Costa Canyon High School varsity team as a sophomore and scored the overtime game winning goal in the 2012 CIF San Diego Section Championship game. He traveled the nation playing lacrosse and choose to attend UC Santa Barbara because of their excellent Lacrosse Club as well as the academic reputation. He also played Varsity soccer for two years winning two CIF San Diego Sections Championships. In college he also played intramural soccer and was a member of several other clubs on campus. Following his first midterm exams of his freshman year Aaron contracted bacterial meningitis. This led to the amputation of both legs below the knee, multiple complications and the challenges of learning to walk with two prosthetic legs.  Aaron has endured more than thirteen surgeries since his illness and nearly died.  After learning to walk with two prosthetic legs, Aaron returned to UCSB determined to not let his tragedy define or alter his way of life. He continues to be resilient, adventurous, and active.  In the quest to return to athletic participation, he discovered a passion for sled hockey.  He currently plays sled hockey for the San Diego Ducks. He recently played with the US National team during their visit to Goleta’s Ice in Paradise, where he is beginning to work as an ambassador for the sport.  With Aaron’s help, Ice in Paradise plans to launch a sled hockey program for which the rink was designed to accommodate.